Debate program built on a legacy

With the addition of Michael Roets to the staff at Princeton High School this year, it represents somewhat of a debate trifecta for PHS, which is now home to three former state-level debaters and alumni who have returned to work at their alma mater.

“I didn't graduate high school planning to be a debate teacher, but my former coach kept telling me that I would take his position some day,” Ms. Stringer said, referring to Mr. Smith. “I went to college to be a physical therapist, but it didn't take a full semester before I changed my major to speech and theater, and now I have my old coach's position.”

The level of excellence continues today, and it can be traced, in part, to their PHS debate experience.

They all joined debate for different reasons during high school.

“Truthfully, I actually didn't know what debate was when I signed up,” Mr. Roets said. “I just needed an elective. It's shocking to know that such a random choice ultimately impacted my life as greatly as debate has.”

Regardless of the reasons for joining debate in the first place, they all agree the benefits have been tremendous.

“Debate helped get me a job as a teacher,” Mr. Roets said. “Debate has also given me an exceedingly useful skill at public speaking. Having both the confidence to speak publicly and the knowledge necessary to make a succinct, persuasive argument has impacted all aspects of my life.”

Although Mr. Sadler is not a debate coach, he still uses his training in his daily life to this day.

“Debate has helped me better in life than my calculus class ever could,” Mr. Sadler said. “The benefits are long-term. It forces us to look at multiple sides of an issue and see the merits in it. It makes for good citizenship when we can respect the other side. It still helps me to truly listen to someone else’s perspective and take my emotion and opinion out of it.” 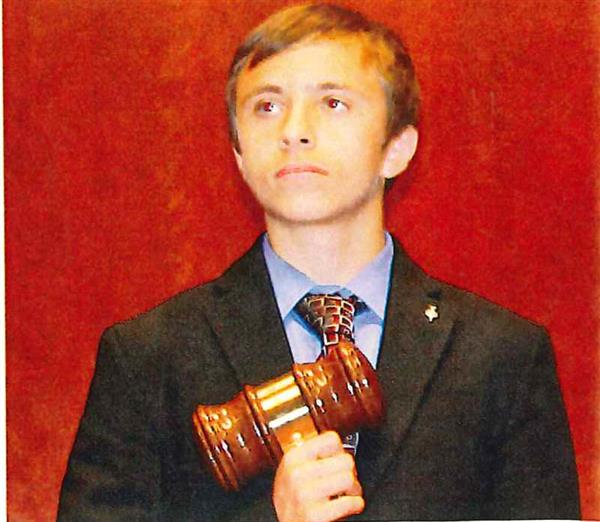 It can be argued that the speech and debate season is year-around, but for UIL purposes, it’s really about to kick into high gear, and these former debaters strongly urge students to consider joining the program.

“I value our programs and want them all to be successful,” he said. “It is important to me to have every student feel a part of something. When I see a student with potential, I push them that direction. Some principals get caught up in the academic side of education, but from a motivational level, you don’t have a better tool than an elective program. It’s about kids getting involved and having others see them doing something great while they foster a talent they might not have otherwise known they had.”

“Not only does it benefit students in the short-term by giving them strategies for research and argumentation, but it teaches them how to analyze issues from multiple angles and learn how to speak up for what they believe in,” she said. “Many debate students become lawyers, activists and political figures after high school. Oprah Winfrey, Bill and Hillary Clinton, Ted Cruz and Ann Richards were all debate students in high school.”

In looking back at the legacy created by Mr. Smith dating back to the 1990s, they all played a significant part in keeping debate a successful program at PHS.

“I like to remind Mr. Smith that I started his program since I was his first state champion,” said Mr. Sadler, who won the Lincoln Douglas debate gold medal in 1998.

“With this logic, I guess I ended his program,” Mr. Roets said, adding he was the last state champion under Mr. Smith’s reign with a 2017 championship in extemp.

However, Ms. Stringer, who advanced to state in 1998 and 1999, has opted to continue what Mr. Smith started.

“My favorite part of the Princeton debate program is the legacy that we have created,” she said. “We have former debaters who come back regularly to judge and consult for us. We have invested former students who reach out to ask how everyone is doing. I love that people continue to work with and around our program after they graduate.”

Mr. Roets summed up why debate can make a difference to the students at PHS.