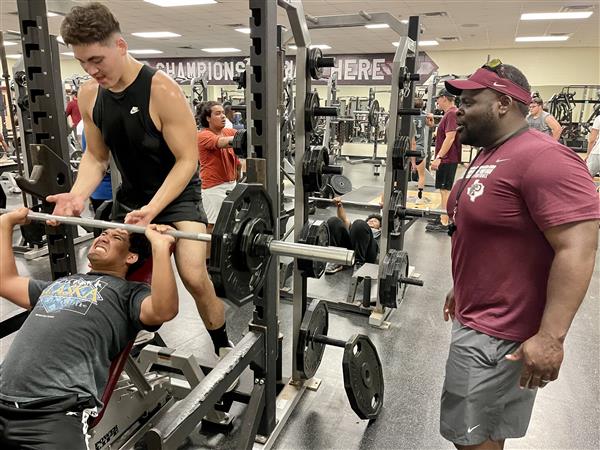 Dave Campbell's “Texas Football” has named Princeton head football coach Ervin Chandler as one of the top coaches in the state with its "40 Under 40" list.

The sports magazine revealed its list of 40 Under 40 coaches last week, which includes 30 Texas high school football coaches and 10 college football coaches. The honorees will be featured in the 2021 summer preview edition of Dave Campbell’s “Texas Football” magazine.

“It's nice to be recognized like this, but at the same time, it's more about what we are doing for these kiddos,” Coach Chandler said.

Coach Chandler returned to Princeton this year to take over the helm of the football program after a 2-year stint as head coach and athletic director of Blooming Grove.

He has been imbedded in Texas football since his high school days in Ennis, where he played for Coach Sam Harrell, who has been a fixture of the successful Ennis program. It was there where Chandler discovered his love for the game through his relationships with his coaches.

“I knew I wanted to be a coach because of the major influences these men had on my life,” he said. “I grew up without a dad, so I relied on coaches for my father figure support. They were very influential. I was most influenced by Wayne Walker. He picked me up when I needed rides, he fed me, he was always there for me.”

Coach Chandler continued football in college and attended Sul Ross University in Alpine, where he started all four years.

When he graduated from Sul Ross, it was one of his closest high school coaches who gave him a chance. 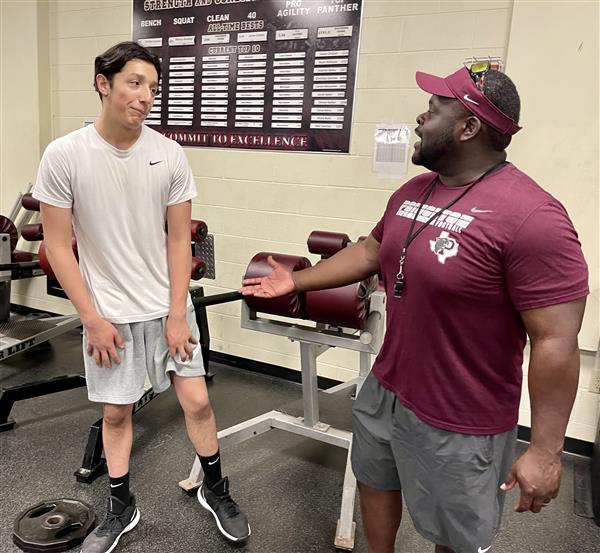 According to Chandler, it was always a goal to be a head football coach before the age of 40, but he emphasizes that it’s not about him, but rather, the people he works alongside.

“The key is to recruit top guys to surround yourself,” he said. “My whole deal is I want to have coaches doing it for the right reasons. At the end of the day, it's all about the kids and establishing a good relationship with them.”

And he believes he has done just that with this Panther coaching staff.

“Fortunately for me, I'm surrounded by a great staff who preaches the same philosophy,” Coach Chandler said. “I believe we've assembled a good team. It's been a good process. I kept some of the guys who were here when I left, then I've gotten some coaches who played for me. We operate as one unit as a coaching staff to the kids and that is key. We show genuine love to these kids.”

Coach Chandler said he emphasizes an aspect of coaching that some coaches miss.

“A lot of coaches get caught up on the Xs and Os, which is important,” he said. “But if you don't have a relationship with the kids, they won't play for you. The staff I've tried to hire has the same philosophy. My job is to help develop coaches and help them with the Xs and Os, but when you have these guys who already make building relationships as their priority, that's a better start. These guys have bought in to everything I'm preaching.”

Chandler is already establishing traditions that will help build a successful program, and he believes the Princeton football program is headed in the right direction.

“At the end of the day, making a difference in these kids’ lives starts with the small things that people don’t see,” he said. “There are a lot of things we are doing for the kids that people don't see that will help them become great young men.” 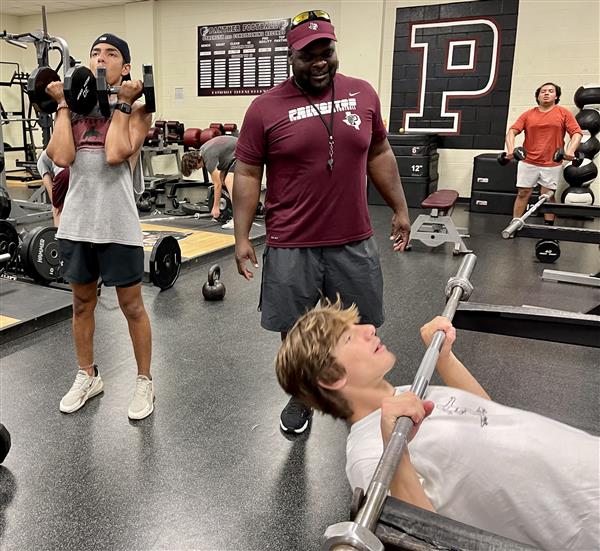