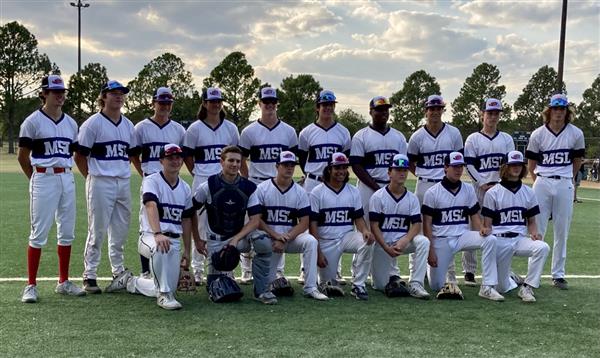 Princeton’s Andrew Loera, who is on the PHS varsity baseball team, participated in the Metro Scout League All-Star game Oct. 18. Six players from the varsity team played in a Fall Metro Scout Baseball League, where eight teams from the east and eight from the west side of the metroplex participated in six weeks of games against each other in front of college coaches and scouts.

Following the league, the best of the east and west players were chosen to play in an All-Star game in Bedford at the Player Development Center. Andrew, who is a shortstop for the Panthers, was selected for his infield play, pitching and hitting. Andrew had two homeruns in the six weeks and averaged two strike-outs per inning from the mound. During the All-Star game, Andrew went 2-3 with 2 singles, a walk and a stolen base. In the infield, he was perfect with no errors, playing both shortstop and third base.

Andrew, who is a junior at PHS, made the varsity baseball team as a freshman, playing outfield. The next season he was moved to shortstop.

With the 20-21 season fast approaching, Andrew and his teammates are facing a challenging district 5-A, including Sherman, Wylie, The Colony and McKinney North. A majority of the varsity team will consist of a heavy junior class of starters, making the 21-22 season a highly anticipated almost completely senior varsity baseball team.