Southard Principal Richard Boring welcomed the crowd to the dedication.

“Princeton ISD and the faculty and staff of Southard Middle School are extremely excited and honored to see you here for the dedication of this remarkable building named after a truly inspiring family,” Mr. Boring said. “I first got to know Deborah Southard when I was the assistant principal at the high school in charge of substitute teachers. I was told I needed to have three ladies on my list of subs, Jo Williams, Charlsie Roland and Deborah Southard. When Mrs. Southard came in to sub, I thought, ‘what a sweet lady, she’s about to get eaten alive by these high schoolers.’ Little did I know the legacy she had of loving the students of this district.”

According to Mr. Boring, Mrs. Southard’s dedication to PISD continues.

“On the second day of school here at Southard Middle School, she and her family handed out words of encouragement to each student as they arrived in the building for the first week,” Mr. Boring said. “Her legacy of loving the students never ends.”

Both James and Deborah Southard served the community and school district for years, as Mr. Southard was a school board member, influencing critical district decisions. In addition, he served in Lions Club and was instrumental in bringing the Onion Festival to Princeton. Mrs. Southard taught for 37 years, 35 of which were in Princeton ISD.

“As an English teacher, it is amazing to think of how many students came through her classroom each year and were encouraged and inspired by her love of reading and writing and pouring into her students,” Mr. Boring said.

The lineup of speakers for the ceremony featured a former student and a fellow educator, both of whom referenced the legacy being left behind because of the Southard’s involvement within the community.

“In 1978, a year after I was born, Deborah Southard started her first year teaching in Princeton,” former student Michael Armstrong said. “Jimmy Carter was president and disco was popular. There were two restaurants in town, not including North End, which were Rader’s and Dairy Queen. Deborah witnessed kids come through in different shapes and sizes and colors and guided them all through one of the toughest times in life, when little kids start to change and start looking less like little kids and more like little adults.

“She was a mainstay in our formative years when we needed a beacon to light our path to the future,” he continued. “For 40 years, the one thing you could count on in Princeton, Texas, was Deborah Southard to be that bedrock and to be that foundation of this community.”

Armstrong discussed the tremendous growth in this area, but emphasized some things will never be forgotten.

“In this former sleepy little farm community that’s starting to wake up and turn into the next monolith city in the suburban sprawl, what will be here now is a forever memorial of Deborah Southard’s perfect practice,” he said. “This is a reminder for the future that the legacy which before was stamped on so many hearts and minds since 1978, is now permanently etched in stone and metal. Regardless of what changes may happen or who may come and go or what Princeton turns into, Deborah Southard will forever be a permanent cornerstone, both in our hearts, history and for the future.”

Former educator Betty Benjamin wrote one of the letters to nominate the Southards as a school namesake, and she spoke of Mrs. Southard’s strength as a mentor to fellow teachers.

“I was so happy my 11 years teaching in Princeton, because Deborah was so supportive and helpful,” said Ms. Benjamin, who taught at Clark Middle School from 1986-1997 before leaving to work at the Region 10 Education Center. “She mentored every teacher who became part of the Clark family. There was magic in the halls of CMS, and through it all, Deborah Southard set the tone for the teachers - love the kids and you’ll love your job.” 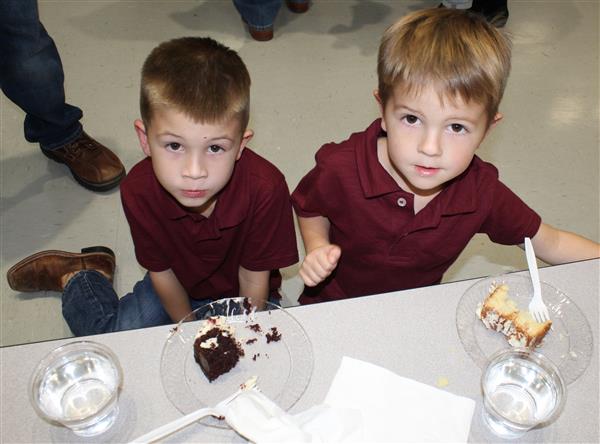 Ms. Benjamin wants everyone to know what the Southard name represents.

“This school will forever carry this name, and each student, parent, teacher and administrator will walk under that name each morning and know there is a positive, caring and productive presence in this place,” Ms. Benjamin said. “Thank you, PISD school board and administration, because you got it right naming this beautiful new middle school after a family whose presence brings so much joy, love and education to this town.”